• If God created the world then Who created God or Where did God come from?

• What is the Right Faith for Me?

• What Is True Religion Or Faith?

• If Reincarnation is true, then why …?

• Does it Matter What I Believe?

Why Are There so Many Religions? Does Every Religion Lead To God?

The fact of so many religions, and the claim that all religions lead to God, confuses many who are earnestly seeking the truth about God. Even a superficial study of the world’s religions will show that they both teach very different things about God (or gods) and how to get right with God or get His favour. Some people give up because they are defeated at the challenge of really finding the absolute truth on this subject. It can end with an apathetic attitude of, “How can we possibly know anyway? Maybe they have all got it wrong! Let’s wait until death to find out who was right – that is, if there is indeed anything on the other side.” Or people may decide to believe the universalist’s claim that all religions lead to God. 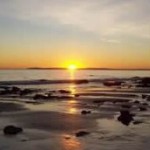 There is an explanation why there are so many religions. It is found in the Bible in Romans chapter {c}1 verse {v} 19-21, “Because that which may be known of God is manifest in them {people generally – v18}; for God hath shewed it unto them. For the invisible things of him (i.e.*) from the creation of the world are clearly seen, being understood by the things that are made, *even his eternal power and Godhead; so that they are without excuse: Because that, when they knew God, they glorified him not as God, neither were thankful; but became vain in their imaginations, and their foolish heart was darkened.” The meaning of these verses is that the truth of God is seen and known by every human being because God has made it so. However instead of accepting the truth about God many human beings reject it and make their own God or their own way seek to understand God. As Romans c1v23 says, “And changed the glory of the uncorruptible God into an image made like to corruptible man, and to birds, and fourfooted beasts, and creeping things.” So you have many people-made philosophies and a number with various idols. Romans c1v22 says, “Professing themselves to be wise, they became fools.

Therefore the fact of so many religions is not an argument that truth about God is not clear or even that God does not exist. Instead they demonstrate humanity’s rejection of the one true God and their replacement of Him with gods that are more to their liking. However in doing so they miss out in knowing God’s love, truth and peace. Some might ask, “Why did God make it difficult to find His truth, love and peace?” God has not made it difficult but people have, by not accepting what God says, and instead they prefer to believe their own ideas.

Do all religions lead to God? In one respect they do. No matter what religion one follows, everyone will meet God after death. The Bible says in Hebrews c9v27 “as it is appointed unto men once to die, but after this the judgment” and Acts c17v31 “Because he (God – v30) has appointed a day, in the which he will judge the world in righteousness by that man whom he has ordained; whereof he has given assurance unto all men, in that he has raised him from the dead.” The faith that has the leader that rose from the dead, results in God’s forgiveness, acceptance and eternal life. God has made His salvation easy to know and receive. We know that we have all said, done and thought what is wrong, which God calls sin (Romans c3v23 1), and we know that what is wrong should be punished or judged (Romans c2v3 2). God’s love to you means that He longs to save you from the consequences of your sins and to richly bless you (John’s Gospel c3v16 3 & Ephesians c1v3 4). Therefore Christ died and took God’s punishment or judgment for our sins (1 Corinthians c15v3-4 5 & Hebrews c9v28 6). If you change your mind about sin (called repentance – Acts c17v30-31 7) and believe (meaning to completely rely on) that Jesus Christ took God’s judgment for your sins (Acts c16v31 8) you will be saved from that judgment (Romans c10v9 9) and receive everlasting life (John c3v36 10 & Romans c6v23 11) and have peace with God (Romans c5v1 12). It is as great and as straightforward as that. As all other religions or faiths emphasize our failing self effort as the means of getting right with God they will lead to God’s judgment.

What you do about the truth of God is important because the everlasting existence after death, called eternity, depends on it, and that is a terribly long time to be wrong. This is why right thinking about God is essential.

1. Romans c3v23 “For all have sinned, and come short of the glory {or character or standards} of God;”
2. Romans c2v3 “And do you think this, O man, that judges them which do such things, and do the same, that you shall escape the judgment of God?”
3. John’s Gospel c3v16 “For God so loved the world, that he gave his only begotten Son, that whosoever believes in him should not perish, but have everlasting life.”
4. Ephesians c1v3 “Blessed be the God and Father of our Lord Jesus Christ, who has blessed us with all spiritual blessings in heavenly places in Christ:”
5. 1 Corinthians c15v3-4 “For I delivered unto you first of all that which I also received, how that Christ died for our sins according to the scriptures; And that he was buried, and that he rose again the third day according to the scriptures:”
6. Hebrews c9v28 “So Christ was once offered to bear the sins of many;”
7. Acts c17v30 -31 “And the times of this ignorance God winked at (Meaning overlooked); but now commands all men every where to repent: because he has appointed a day, in the which he will judge the world in righteousness by that man whom he has ordained; whereof he has given assurance unto all men, in that he has raised him from the dead.”
8. Acts c16v31 “And they said, Believe on the Lord Jesus Christ, and you shall be saved,”
9. Romans c10v9 “That if you shall confess with your mouth the Lord Jesus, and shall believe in your heart that God has raised him from the dead, you shall be saved.”
10. John c3v36 “He that believes on the Son has everlasting life: and he that believes not the Son shall not see life; but the wrath of God abides on him.”
11. Romans c6v23 “For the wages of sin is death; but the gift of God is eternal life through Jesus Christ our Lord.”
12. Romans c5v1 “Therefore being justified by faith, we have peace with God through our Lord Jesus Christ:”