There so many different choices today that, usually, we can find something that we really like from the various available offers. Clothes and fast food shops, or restaurants, are big examples of this, and even when buying cars or houses there are a great variety of options to suit your needs or desires. So what are you looking for in a faith that suits you? Or some might ask “What is the right religion for me?” Is it: 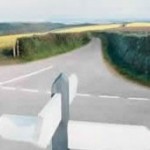 Whenever you are looking for something, and especially if it is an exceptional offer, it is the facts that need to be considered. A fact is that of out all the faith leaders Jesus Christ alone has conquered death. Confucius, Siddhartha Gautama (Buddha), Mohammad, Bahá’u’lláh (founder of the Bahá’í Faith) Zoroaster (founder of Zoroastrianism), the Hindu Gurus and others are still in their graves to this day. But Jesus, by His own power, rose from the dead and walked away from the tomb three days after being crucified and dying on a cross. Anyone with the power to overcome death deserves our attention.

The evidence supporting the resurrection of Jesus is overwhelming.

The simple fact is that the resurrection of Jesus cannot be explained away! {For more details see Is There Proof Of Christ’s Resurrection?}. Again, anyone who has the power over death deserves to be heard.

But why did the Lord Jesus Christ die? “For Christ also has once suffered for sins, the just for the unjust, that he might bring us to God” (7). Is it hard for us to be unjust? Not really. However one of Jesus’ closest followers, after being with Him for over three years, said “in Him is no sin” (8). Another close follower said, “Who did no sin, neither was guile found in his mouth” (9). No one has ever found a sin or fault in Jesus’ life. Another believer in Him said “He knew no sin” (10). He never personally knew the experience of sin, which is one of the evidences of Him being the Son of God. As a result there was no injustice in His life and what He said and did was, and is, totally reliable.

Consequently when God says, “God for Christ’s sake has forgiven you” (11) He meant what he said. When “Christ died for our sins … and rose again” (12), He made it possible for you to “receive forgiveness of sins” (13). When writing to believers the Bible says concerning Christ “Who his own self bare our sins (i.e. their punishment or judgement) in his own body on the tree (referring to the cross)” (14). Therefore if you believe that Christ died to take the punishment for your sins then God can totally forgive you and remain just! When the Bible said “Christ Jesus came into the world to save sinners”, (15) it does not say “save little sinners” because the verse finishes with, “of whom I am chief.” Therefore any sinner can be totally forgiven and know their guilty conscience has been cleared!

The Lord Jesus said, “And I give unto them (My sheep – from previous verse) eternal life; and they shall never perish (that is to go to hell), neither shall any man pluck them out of my hand” (20). The Bible also says “He that believes on the Son has everlasting life: and he that believes not the Son shall not see life; but the wrath of God abides on him” (21). So here is another amazing present possession of the believer in Christ, which is that they are given everlasting life by the Lord Jesus and will never go to hell. So all will be wonderfully well after death.

Perhaps you may ask “So that I can receive such favours from God what rules do I have to keep or good works to do?”

We also read, “In hope of eternal life, which God, that cannot lie, promised before the world began” (24). This verse is not presenting a vague hope of perhaps receiving eternal life but the confident hope that it is actually their possession. Such have every reason to be confident because the person Who has made the promise, which is God, cannot lie. Guarantees are only as good as the people or companies that make them. The Person Who made this promise cannot, not just does not, but cannot lie because He is the everlasting God (25) and He is also Almighty (26).

Another verse says “For the wages of sin is death; but the gift of God is eternal life through Jesus Christ our Lord” (27). While on earth the Lord Jesus said, “Which of you convinces Me of sin?” (28) and no one had anything with which to accuse Him. Christ, being God (29) is immutable (unchangeable) as to His character which is seen by “Jesus Christ the same yesterday, and to day, and for ever” (30). As it is therefore also “impossible for God to lie” (31), therefore the ultimate assurance of God’s offer of eternal/everlasting life does not depend on you but on the reliable person of the Lord Jesus Christ.

(1) 1 Corinthians chapter (c)15 verse (v)6: “After that, he was seen of above five hundred brethren at once; of whom the greater part remain unto this present, but some are fallen asleep {which is a picture of death as seen in John c11v11-13 etc}.”

(2) Luke c24v1-3: “Now upon the first day of the week, very early in the morning, they came unto the sepulchre, bringing the spices which they had prepared, and certain others with them. And they found the stone rolled away from the sepulchre. And they entered in, and found not the body of the Lord Jesus.”

(3) Matthew c27v62-66: “Now the next day, that followed the day of the preparation, the chief priests and Pharisees came together unto Pilate, Saying, Sir, we remember that that deceiver said, while he was yet alive, ‘After three days I will rise again.’ Command therefore that the sepulchre be made sure until the third day, lest his disciples come by night, and steal him away, and say unto the people, He is risen from the dead: so the last error shall be worse than the first. Pilate said unto them, Ye have a watch: go your way, make it as sure as ye can. So they went, and made the sepulchre sure, sealing the stone, and setting a watch.”

And Matthew c28v2-4: “And, behold, there was a great earthquake: for the angel of the Lord descended from heaven, and came and rolled back the stone from the door, and sat upon it. His countenance was like lightning, and his raiment white as snow: And for fear of him the keepers did shake, and became as dead men.”

(4) Luke c5v4-11: “Now when he had left speaking, he said unto Simon, Launch out into the deep, and let down your nets for a draught. And Simon answering said unto him, Master, we have toiled all the night, and have taken nothing: nevertheless at your word I will let down the net. And they beckoned unto their partners, which were in the other ship, that they should come and help them. And they came, and filled both the ships, so that they began to sink.”

(5) Matthew c26v56: “But all this was done, that the scriptures of the prophets might be fulfilled. Then all the disciples forsook him, and fled.”

(6) Acts c2v12: “So they were all amazed and perplexed, saying to one another, “Whatever could this mean?” ”

(11) Ephesians c4v32: “And be you kind one to another, tenderhearted, forgiving one another, even as God for Christ’s sake has forgiven you.”

(13) Acts c26v18: “To open their eyes, and to turn them from darkness to light, and from the power of Satan unto God, that they may receive forgiveness of sins.”

(15) 1 Timothy c1v15: “This is a faithful saying, and worthy of all acceptation, that Christ Jesus came into the world to save sinners; of whom I am chief.”

(17) see Acts c17v31 “Because he (God – v17) has appointed a day, in the which he will judge the world in righteousness by that man whom he has ordained; whereof he has given assurance unto all men, in that he has raised him from the dead.”:

(18) Galatians c2v20: “I am crucified with Christ: nevertheless I live; yet not I, but Christ lives in me: and the life which I now live in the flesh I live by the faith of the Son of God, who loved me, and gave himself for me.”

(19) Colossians c1v20: “And, having made peace through the blood of his cross, by him to reconcile all things unto himself; by him, I say, whether they be things in earth, or things in heaven.”

(25) Psalm 90v2: “Before the mountains were brought forth, or ever you had formed the earth and the world, even from everlasting to everlasting, you are God.”

(26) Revelation 11v17: “Saying: “We give you thanks, O Lord God Almighty, The one who is and who was and who is to come, Because you have taken your great power and reigned.”

(27) Romans c6v23: “For the wages of sin is death; but the gift of God is eternal life through Jesus Christ our Lord.”

(29) John’s Gospel c20v31, “But these are written, that you might believe that Jesus is the Christ, the Son of God; and that believing you might have life through his name.”
1 Timothy c3v16, “And without controversy great is the mystery of godliness: God was manifest in the flesh,”
Hebrews c1v8: “But unto the Son he says, your throne, O God, is for ever and ever: a sceptre of righteousness is the sceptre of your kingdom.”

(31) Hebrews c6v18 “That by two immutable things, in which it was impossible for God to lie, we might have a strong consolation, who have fled for refuge to lay hold upon the hope set before us:”