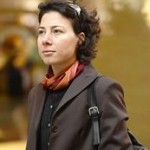 How often do we find ourselves saying, “IT’S NOT FAIR!”

Whatever media we look at we see injustice with the: injured, starving, falsely accused or abused people, or a ruthless politician or dishonest business person. So many people seem to fail to get what they should receive.

The following is an accurate picture of the world today: “And judgement is turned away backward, and justice stands afar off: For truth is fallen in the street, and equity {straightforwardness} cannot enter.” “Moreover I saw under the sun: in the place of judgement wickedness was there; and in the place of righteousness {doing right} iniquity {a lawless attitude} was there.” That accurate description of the world today was written over two thousand five hundred years ago in the Bible. (see Isaiah chapter {c} 59 verse {v}14 and Ecclesiastes c3v16)

God’s justice affects US ALL.

Do you know that because at times we are all unfair, and break God’s rules, that we are all part of the problem? No one is really “innocent” in the sense of always being fair.

“For there is not a just man on earth, who does good, and sins not.” (Ecclesiastes c7v20) “There is none righteous {right before God} no not one. … They have all gone out of the way.  … For there is no difference; for all have sinned {broken God’s laws} and come short of the glory {character} of God.” (Romans c3 v10, 12, 22-23) “Neither is there any creature that is not manifest in his {God’s} sight: but all things are naked and opened unto the eyes of him with whom we have to do.” (Hebrews c4v13)

Jesus Christ, God’s Son, was treated unjustly but that made it possible for GOD TO FORGIVE US.

“And there arose certain, and bare false witness against him {Jesus Christ}.” (Mark c14v57) “But they {the chief priests, rulers and people v13}, cried, saying, ‘Crucify him, crucify him’. And he {Pilate v20} said unto them the third time, ‘Why, what evil hath he done? I have found no cause of death in him: I will therefore chastise him, and let him go.’ And they were instant with loud voices, requiring that he might be crucified. And the voices of them and of the chief priests prevailed. (Luke c23v21-23) “Christ died for our sins according to the scriptures {the Old Testament books}; and that He was buried, and that He rose again the third day according to the scriptures.” (1st Corinthians c15v3-4) “For Christ also has once suffered for sins, the just (Jesus Christ) for the unjust (us), that He might bring us to God.” (1st Peter c3v18) “Jesus … to Him give all the prophets witness, that though His name whosoever believes in Him shall receive remission {forgiveness} of sins.” (Acts c10v38, 43)

IT WASN’T FAIR but that’s how much God loves us.

“… He {Peter} answered the people {about Jesus Christ}, ‘… But you … killed the Prince of life, whom God hath raised from the dead; whereof we are witnesses.’ ” (Acts c3v12, 14, 15) “God commends His love toward us in that while we were yet sinners, Christ died for us.” (Romans c5v8) “In this was manifested the love of God toward us, because that God sent His only begotten {or unique} Son into the world, that we might live through Him. In this is love, not that we loved God, but that He loved us.” (1st John c4v9-10)

ANYONE WHO BELIEVES in Christ will receive God’s gifts, including mercy, and not God’s judgment.

“For God so loved the world, that He gave His only begotten Son, that whosoever believes in Him should not perish, but have everlasting life.” (John’s Gospel c3v16) “Not by works of righteousness which we have done, but according to his {God’s v4} mercy he saved us.” (Titus c3v5) Paul, who became a follower of Christ, speaks of himself, “Who was before a blasphemer, and a persecutor, and injurious: but I obtained mercy, because I did it ignorantly in unbelief.” (1 Timothy c1v13) “He that believes on him {God’s Son, Jesus Christ v17} is not condemned: but he that believes not is condemned already, because he has not believed in the name of the only begotten Son of God. (John’s Gospel c3v18)

Will there ever be TRUE JUSTICE?

“For the word of the Lord is right, and all His work is done in truth. He loves righteousness and justice.” (Psalm 33 v4-5) “God of truth and without iniquity, just and right is he.” (Deuteronomy c32v4) “Great and marvellous are your works, Lord God Almighty; just and true are your ways, O King of saints.” (Revelation c15v3)