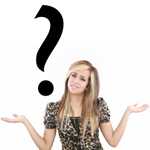 The “God” factor should be the greatest consideration of our lives. God exists and His Word is absolute truth.

Firstly, it is not only important for a person to actually believe in God, especially as the everlasting existence after death is involved! It is also essential to know what one believes and in whom we should trust!

But some say, “It doesn’t really matter what you believe about God. Isn’t morality a state of mind? Changing values and the changing points of view of the majority have changed the rules of life, so surely it is all a matter of perspective today?”

There are physical laws that govern the universe, and there are moral laws — absolutes that rule the universe. There is also a moral Governor   — God, Who rules over all things He has created.

The timeless moral laws of the universe; God’s Ten Commandments are more than a set of ideas. There have been men and women in previous times past who so believed God that they were willing to die for God, His Word, and His salvation that is far more than a mere set of religious ideas and values.

He personally saves and keeps safe all who put their trust in Him. And this belief and experience by millions of Christian believers is to be found everywhere today.

The philosophy of many folk is that it doesn’t really matter what one believes. They say “As long as we believe in something — anything, we will by separate roads eventually reach the top of the mountain of life’s journey!”

But, ask a doctor if he advocates such an idea in medicine. Ask an architect or constructional engineer if it doesn’t matter what is done or how we do it as long as we produce something, anything! They will scoff at such an idea and say, “Impossible!”

In every sphere of life, without question, it does matter what we believe and in whom we trust. And note that some have paid a high price and suffered greatly because they believed that things according to God and His Word are either good or evil.

Success in life as we prepare for eternity, depends on believing “Truth.” Truth according to God has the outstanding characteristic of liberation. “And ye shall know the truth, and the truth shall make you free.” John 8:32

Truth also has the active characteristic of providing an eternal rock-like foundation in the believer!

The truth of God will never produce bondage and instability but to the contrary, produce true freedom and real stability!

To travel on a journey, it is vital to 1. Travel in the correct direction, 2. Follow a map, 3. Heed directions from those who know the way. 4. Road signs should be checked along the way to arrive safe and sound at the correct and desired destination.

The Bible alone provides us with God’s directions for life’s journey to arrive safe and sound in heaven. It certainly does matter therefore “What I believe” and “in Whom I trust” to know the right way, God’s way!

Some hope that God will be satisfied with them “doing their best,” but sincerity and religion is not enough. (Religion is the action of a person performing their best and sincerest achievement in an effort to please God.) Sincerely performed religious activity is not enough!

The Bible clearly states that Jesus Christ is “the way, the truth, and the life: no man cometh unto the Father, but by me.” John 14:6

He is The Light of the world, The Guide Post and the One Who will take you up to Himself  in heaven! You say, how? Well, you cannot trust your own heart, it will deceive you, for it is deceitful far above all else! (Jeremiah 17:9)

Do I hear you ask,” What then should I believe and in whom should I trust?”

Firstly you will do well to believe all that God says about yourself! I did, unpleasant as it is, but all God says is truth, for we are all by nature and practise, selfish, lawless, disbelieving sinners who have disgraced ourselves and the God of glory Who created us to glorify Himself. (Roman 3:23)

Secondly we are at our best when we put our trust in the one Saviour of all mankind, the sinless Lord Jesus Christ, Who offered Himself in sacrifice to God to make representative payment for all our debts and dues. “Christ died for the ungodly.”

God has delighted in Jesus Christ and has accepted Christ’s substitutional, redemption payment.