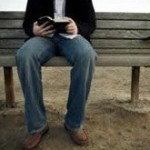 A: No, because Luke says he was the ‘supposed’ son of Joseph (indicating that he wasn’t really), and the word for son can be the same as the word for son-in-law (Heli was thus Joseph’s father-in-law). So Luke’s genealogy refers to Mary’s family history and Matthew’s to Joseph’s.

C: Matthew c1v18-21 The Annunciation occurred after Mary had conceived Jesus. In Luke c1v26-31 it occurred before conception.

C: Matthew c1v20-23 , Luke c1v26-33 An angel announces to Joseph and/or Mary that the child (Jesus) will be “great,” the “son of the Most High,” etc., and …
Matthew c3v13-17, Mark c1v9-11 The baptism of Jesus is accompanied by the most extraordinary happenings, yet …. Mark c3v21 Jesus’ own relatives (or friends) attempt to constrain him, thinking that he might be out of his mind, and …. Mark c6v4-6 Jesus says that a prophet is without honour in his own house (which certainly should not have been the case considering the Annunciation and the Baptism).

A: This sad state of affairs (as stated in Mark) is merely evidence of the corruption of the human heart. Anyway, Jesus’ brothers and sisters never witnessed the annunciation (because He was the firstborn Matthew c1v25 and Luke c2v7) and Matthew c1v19 implies that Mary and Joseph kept it relatively quiet. Also, there is no record that Jesus’ baptism was witnessed by His relations and that was highly unlikely as Matthew c3v13 records: “Then cometh Jesus from Galilee to Jordan unto John, to be baptized of him” and John c1v28 records “These things were done in Bethabara beyond Jordan, where John was baptizing”. Bethabara is, as the crow flies, about one hundred miles south of Nazareth and so the baptism was not conducted in His own neighbourhood.

A: The reply of the Lord is significant. From the human standpoint the Lord cannot accept the title of “Good Master” and so He sought to show him that no one is good, absolutely perfect, but God alone. Therefore the logic is that if He is not God, He could not be good. However if He is good, then He is God. The Lord is saying that you cannot have someone who is essentially good and not God. Yet “Jesus, beholding him, loved him” The Lord’s pure love is mentioned here and out of that pure love He put His finger on the problem in the man’s life that kept him from God and eternal life. Human nature, even in its nicest form, is still fallen away from God and is in sin and consequently the human race needs the Saviour.

C: The Lord Jesus is called “The only begotten Son, who is in the bosom of the Father, He has declared Him.” in John c1v18 and yet in John c1v12 sinners can by faith “become children of God”.

A: There is an immense difference between the sense in which the Lord Jesus is the “only begotten Son of God” and we who become “sons of God.” First, He is the “only begotten (Greek monogenes: monos meaning “only” and genos meaning “kind or type”) Son“ of God” meaning that He is unique, but a believer is only a “son of God”. This is emphasized as Christ is the “Son of God” with a capital “S”; believing in the Lord Jesus Christ as Saviour from sin means that sinful human beings can become “sons of God” but with only a small “s.” Jesus was the Son of God by eternal right of inheritance (“He is the image of the invisible God, the firstborn (Greek “prototokos” meaning the “pre-eminence” and not that He was born first) over all creation.” Colossians c1v15); we are only the sons of God by adoption (“For you did not receive the spirit of bondage again to fear, but you received the Spirit of adoption by whom we cry out, “Abba, Father.” Romans c8v15). He is the Son of God because He is God by His very nature (“In the beginning was the Word, and the Word was with God, and the Word was God.” John c1v1), whereas we are only become children and sons of God at faith in the Lord Jesus (“Behold what manner of love the Father has bestowed on us, that we should be called children of God! 1 John c3v1: “For you are all sons of God through faith in Christ Jesus.” Galatians c3v26). The Lord Jesus is of God by His very nature; we are only of God by faith in the Lord Jesus (“You are of God, little children …” 1John c4v4). He is divine in nature (“For in Him dwells all the fullness of the Godhead bodily” Colossians c2v9), but we only participate in it by salvation (“By which have been given to us exceedingly great and precious promises, that through these you may be partakers of the divine nature.” 2Peter c1v4). And we can participate only in God’s moral attributes (like holiness (“Because it is written, Be ye holy; for I am holy.” 1Peter c1v16) and love (“For the love of Christ compels us” 2Corinthians c5v14), but not in His non-moral attributes (like infinity and eternality “Now to the King eternal, immortal, invisible, to God who alone is wise, be honour and glory forever and ever. Amen.” 1Timothy c1v17).

A: In John c5v31 this is a statement about witnessing and did not mean at all that the Lord Jesus could ever say anything that was not true. Instead He was stating a general fact that the witness of one person on their own was not enough to establish truth. God’s Divine law (see Deuteronomy c19v15) required that there must be at least two or three witnesses before a valid judgement could be made. Then the Lord Jesus followed this with, not two or three but, four witnesses as to Who He was. There was the witness of: John the Baptist (v32-35), His works (v36), God the Father (v37-38) and the Old Testament writings (v39).

In John c8v14 the Lord Jesus states that His own witness is true concerning its reality. In His case, His witness was absolutely true because He is God. Jesus is contrasting himself with the Pharisees who were religious people. He knows both his origin and his destination, but they know neither. So the Lord Jesus’ two points are: that He is qualified to bear witness though His enemies are not, and the other, in v16-17, that in any case His testimony is not unsupported. The Father bore witness of Him. They are not in a position to comment on His witness. They were completely unconscious of His great heavenly realities.

C: John c5v37 “And the Father Himself which sent Me beareth witness of Me. Ye have neither heard His voice at any time nor seen His shape.” John c14v9 “Jesus saith unto him, “Have I been so long time with you, and yet hast thou not known Me, Philip? He that hath seen Me hath seen the Father; and how sayest thou then, ‘Show us the Father.’ ”

A: John c5v37 God the Father had sent the Lord Jesus into the world. God the Father does not have a Form or Shape that is visible to the human eye. He is Spirit and therefore invisible. So it was quite true that they had neither physically heard nor seen God. In John c14v9 the thought is that the Fatherhood of God had been manifested in the incarnation, or the bodily presence on the earth of the Lord Jesus. So in the attitudes, works, and the teachings of the Lord Jesus He perfectly represented God the Father. Therefore it could be said that they who had seen and heard Him had seen or had a real view of God. This is absolutely amazing as the Lord Jesus was going to be crucified and died for our sins, be buried and rise again so that those who trust in the Lord Jesus Christ as their own personal Saviour will receive many spiritual gifts such as God’s forgiveness and the consequential peace, everlasting life and a place in heaven after we die. What an amazing heart God revealed through Christ.

A: There could well have been more than one clock crowing, that is one during the night and another at dawn.