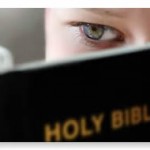 A: 2 Samuel says 700 horsemen and 1 Chronicles says 7,000 horsemen. Professional soldiers would probably have spare horses, and horsemen, for the chariots. Therefore if two or four or six horses were killed in battle there would be spare ones to take their place. The two witnesses would take their view from two different standpoints. Seven hundred, recorded by one witness, would be part of the same part company of seven thousand recorded by the other witness and so there is no contradiction.

A: The different names of Toi/Tou, Hadadezer/Hadarezer and Joram/Hadoram show that these books could have been written in slightly different dialects or that they were called something else in another area of the country, which would account for the different spelling of the same names and these cannot be called serious differences.

C: 2 Samuel c23v8-21, v8 “These be the names of the mighty men whom David had: the Tachmonite that sat in the seat, chief among the captains; the same was Adino the Eznite: he lift up his spear against eight hundred, whom he slew at one time.”
1 Chronicles c11v1-23, v11 “And this is the number of the mighty men whom David had; Jashobeam, an Hacmonite, the chief of the captains: he lifted up his spear against three hundred slain by him at one time.”

A: Please observe that “Hachmonite” is a variation of “Tachmonite” and both words mean the same thing. There are two possible reasons for the differences in the number of men killed. If eight hundred had been killed, he would have also killed three hundred, because three hundred is part of eight hundred.  So perhaps 1 Chronicles records the killings in part, while 2 Samuel records it in full. The other possible reason, is that the two records are referring to two different battles, one where three hundred, and another where eight hundred were killed.

A: King David was now 68 years of age and his last victories are recorded in chapters 18-20. It is possible that both David’s and the people’s hearts were lifted up with pride and so the anger of the Lord was moved against Israel (2 Samuel c24v1). God allowed Satan to provoke King David to number the people and so bring out this pride into the open which lead to judgment. God permitted it, but satan implemented it.

A: 2 Kings c15v5&7 says that King Azariah “was a leper unto the day of his death, and dwelt in a several house. And Jotham the king’s son was over the house, judging the people of the land. … So Azariah slept with his fathers; and they buried him with his fathers in the city of David: and Jotham his son reigned in his stead.” So here we have a son as good as “reigning” over Israel while his father was ill with leprosy and after his father’s death he started reigning properly. It is very likely that both these occasions would have been marked by a solemn crowning ceremony. This may well have been the case with Ahaziah. Further we are told very little about Ahaziah when he started to reign nor are we told of the other circumstances that surrounded the crowning which, no doubt, would have explained the two statements. As we are ignorant of the other circumstances we cannot therefore conclude that these two statements are contradictory.

C: 2 Kings c24v8 Jehoiachin (Jehoiakim) was eighteen years old when he began to reign.
2 Chronicles c36v9 He was eight.
(Note: This discrepancy has been “corrected” in some versions.)

A: The same principle that applies to King Ahaziah’s two ages for crowning also applies here. Jehoiachin would be eight years old when his father Jehoiakim was deported (2 Chronicles 36v6-9). 2 Kings c24v8 says: “Jehoiachin was eighteen years old when he began to reign, and he reigned in Jerusalem three months. And his mother’s name was Nehushta, the daughter of Elnathan of Jerusalem.” Jehoiachin was forced to take on the title of King when he was eight years old. However, at the age of eight he would not have been old enough to run a kingdom, thus a regent, which could well have been his mother, would have governed in his place until he was old enough to take over properly i.e. at eighteen years old.

A Nebuzara-dan started from Riblah on the “seventh” day and arrived in Jerusalem on the “tenth” day.

C: Jeremiah 29v5-7 “Build houses and dwell in them; plant gardens and eat their fruit. v6 Take wives and beget sons and daughters; and take wives for your sons and give your daughters to husbands, so that they may bear sons and daughters-that you may be increased there, and not diminished. v7 And seek the peace of the city where I have caused you to be carried away captive, and pray to the LORD for it; for in its peace you will have peace.
Jeremiah 50v8 “Move from the midst of Babylon, Go out of the land of the Chaldeans; And be like the rams before the flocks.”
There is an obvious contrast with the counsels in 29v5-7 that the exiles should build houses and plant gardens, and seek the peace of the city to where they had been carried captive 50v8 when they are to leave the land of the Chaldeans.
A Jeremiah c29v5-7 was a wise and right counsel for the time, but it was for a time only. When the time of the fall of Babylon came they were to be as the rams of the flock, leading the captives of other nations in the work of liberation and of flight.

Seeming discrepancies, when cleared up, confirm the genuineness of the Bible. They reveal that there was no collusion between the writers and show that in all God’s works there is underlying harmony under external or seeming differences. As God is therefore telling you the truth in the Bible what are you doing with its message which centres on Christ Who came into the world to save sinners? If you believe the message, that will be the greatest and everlastingly the best decision that you ever make. See:

• How to Find Forgiveness and Peace with God