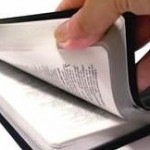 C: Genesis c1v3-5 On the first day, God created light, then separated light and darkness. Genesis c1v14-19 The sun (which separates night and day) wasn’t created until the fourth day.

A: The Bible says in 1 John c4v5 “God is light”. Therefore God could easily have brought in light, directly from Himself, for three days before He created a separate source of light i.e. the sun. The components for night and day are a rotating earth and a light source, both of which where present before the sun was created. Once God had created the sun, which shows something of His Almighty power, then the original light was not needed and withdrawn. So there is no contradiction.

A: Genesis c1 gives a condensed and chronological view of creation. Chapter 2 expands parts of c1 and is not chronological. c2v4-5 and it says that the Lord God created “every plant … and every herb” and then in v7 God says that “God formed man of the dust of the ground …”. v8 “God planted a garden …” and v9 says, “And out of the ground made the Lord God to grow every tree that is pleasant to the sight, and good for food …” So after the initial creation God made a garden and planted trees in it. So for the second time there is no contradiction.

A:  This passage does not infer that idea. Genesis c2 expands parts of c1 and is not chronological. Therefore again there is no contradiction.

A: The Lord God could easily have formed the birds out of the ground under the sea. So once more there is no contradiction.

A: Again, there is nothing in the passage suggesting that man and woman were not created on the same day as c2 merely goes into more detail. Therefore another time there is no contradiction.

C: Genesis c1v28 God encourages reproduction. Leviticus c12v1-8 God requires purification rites following childbirth which, in effect, makes childbirth a sin. (Note: The period for purification following the birth of a daughter is twice that for a son.)

A: It is illogical and wrong to think that the purification of the mother after childbirth infers that childbirth is a sin. In Leviticus c12v2 God does not condemn the woman for having a child. Various events, not at all connected with morality, required an individual to be purified e.g. touching a dead body (Numbers c19v11-21) and leprosy (Leviticus c13 & 14). Thus the supposed contradiction shows a misunderstanding regarding the Israelite law. Also why was the “Note” written? Was it to insinuate unfairness or bias to God? Do the criticisers know the medical or other reason why God doubled the purification period for the baby girl? If not then it is better not to infer out of ignorance in case when the information is available criticisers are made to look silly. So yet again there is no contradiction.

A: Genesis c1v31 was written before Genesis c3 where mankind disobeyed God and brought sin into the world with its consequential wickedness and death. Genesis c6v5 “And God saw that the wickedness of man was great upon the earth and the imagination of his heart was only evil continually,” and so God was not pleased that His beautiful creation had been marred by sin. Some seem to think that just because someone is omniscient, i.e. knows everything, that they therefore agree with everything. I may know everything, but I do not necessarily agree with or like it all. One person was complaining to another about all the evil and suffering in the world. The response was, “If you are so concerned about the evil in the world then what are you doing about the evil in your heart?” So once again there is no contradiction.

C: Genesis c6v3 And the LORD said, “… man … yet his days shall be one hundred and twenty years.” Genesis c11v11 “After he begot Arphaxad, Shem lived five hundred years …”. Life limited to 120 years?

A: Due to the human race’s continued sin without repentance God was not be patient with them forever but would judge the earth. “Yet his days shall be one hundred and twenty years” more in which the human race could repent, otherwise God would judge the world. This He did with a flood (Genesis c7). This has nothing to do with life being generally limited to 120 years length. Consequently there is no contradiction.

A: I would add two other relevant verses which show the context od Exodus c33: c33v11 “So the LORD spoke to Moses face to face, as a man speaks to his friend.” C33v18 “And he said, ‘Please, show me Your glory.’” That is, the glory of the Lord appeared visibly before the face of Moses, but not in a  dreadful appearance of his majesty; which, in the sight of the children of Israel, looked like devouring fire (Deuteronomy c5v4, 5b: “The LORD talked with you face to face on the mountain from the midst of the fire. … for you were afraid because of the fire, and you did not go up the mountain.”). Instead it was with a mild and comfortable light, in which the Lord spake not as a prince to a subject, but as a man to his friend when he gives counsel to another. However the context changes in 33v18 when Moses asks, “Please, show me Your glory.” Moses had had intimate fellowship with God, and desired a further acquaintance, that is to see some representation of the Divine glory or essence or manifested excellence. God’s reply in c33v20 means that God can speak face to face with men, but not while in all His glory. If He should display all the beams of his glory to sinful man, it would certainly amaze, overwhelm, and destroy him. Consequently this is not a further contradiction.