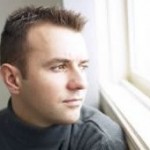 Here are some questions and comments about those who question the existence of God.

• I don’t see any convincing evidence for the existence of God.

That does not mean there is no God for the following reasons:

• It is possible that there is no evidence at all for God?

This cannot be stated absolutely, since all evidence would need to be known to show that there is no evidence for God.

1. Therefore, since all evidence cannot be known by any one person, it is possible that evidence exists that supports the existence of God.

• Then what kind of evidence would be acceptable?

If you have not decided what evidence would be sufficient and reasonable, then you cannot state there is no evidence for God.

1. If you have decided what evidence is sufficient, what is it?
2. Does Christianity fit within that criteria?
3. If not, why not?

• Is it possible that your criteria for evidence is not reasonable?

Does your criteria put a requirement upon God (if He exists) that is not realistic? For example:

1. Do you want Him to appear before you in blazing glory?
2. Even if that did happen, would you believe He existed?
3. Or would you consider it some kind of hallucination, or even a trick played on you?
4. How would you know?
5. Do you expect Him to do what you want and when you want it?
6. Why do you make such requirements and are they reasonable?

• Does your criteria put an unrealistic requirement on logic?

Do you want Him to make square circles or some other self-contradictory phenomena, or make a rock so big He cannot pick it up?

• If God exists, the laws of logic would be a product of His nature.

Since God is absolute, transcendent (beyond human experience) and truth, then logical absolutes are conceivable, even though we cannot fully grasp them, and they reflect a logical, absolute, and transcendent mind.

1. He did not create the laws of logic.
2. We simply recognize them because God exists.
3. Therefore, as God cannot violate His own nature He cannot violate those laws. 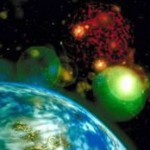 • Are you objectively examining evidence that is presented?

While it is granted that objectivity is difficult for all people, but are you being as objective as you can?

1. Do you have a presupposition that God does not exist or that the miraculous cannot occur?
2. If so, then you cannot objectively examine the evidence.
3. Therefore, the presuppositions you hold regarding the miraculous may prevent you from recognizing evidence for God’s existence.
4. If so, then God becomes unknowable to you, and you have forced yourself into an atheistic/agnostic position.

• As evil is acknowledged to exist who set the moral values to define it as evil?

You cannot have a law without a lawgiver.

1. Who decided what moral values were?
2. Are there ultimate moral values and who decided what they were?
3. If moral values cut across your living would you reject it/them for that reason? Such decisions require assessments of full knowledge and need to be based on an unbiased value system. Who has that?
4. Who or what is present or absent to cause changes in an individual’s or society’s moral values?

• Do you write off the miracles as not existing?

If so, what is your basis for saying this?

1. If you assume that science can explain all the unusual, then no evidence of the miraculous will ever be accepted as proof.
2. If you have made that assumption then it is, after all, only an assumption.